Drama within love and work returns with the summer premiere of Freeform’s “Good Trouble” on July 14, 2021. In “Knocked Down” we learn if Callie and Gael will deal with this pregnancy bombshell and pursue a relationship, if Dennis and Davia will get back together and what the result is with Mariana and her team after she reveals her secret relationship with Evan.

Callie and Gael are Dating

After Callie learns Isabella is pregnant by Gael (supposedly), she ends up being okay with it and taking the news better than I thought she would. Gael then confesses his feelings, and Callie ends up kissing him.

Isabella moves to the Coterie

Callie mentions to Gael that he should get a paternity test to reveal whether he’s the father, and I agree he should. He doesn’t know Isabella that well, and she may have hooked up with someone else. Gael should take a paternity test for protection and reassurance. I understand that he doesn’t want to insult her or feel awkward, but he has a right to ask (as Callie said), and I don’t think no man wants to raise a child and not know if you’re biologically the father.

When Gael accompanies Isabella to a doctor’s appointment, she requests a paternity test to prove that he’s the father. We then learn that Isabella’s parents cut her off because she got pregnant, did not want to have an abortion, and lives in a motel. Gael helps by kindly offering his loft at the Coterie.

I’m happy that Callie and Gael are together, but their relationship will probably be complicated now that the mother of his child (supposedly) will be living with them in the same place. I wonder how that will work.

Gael: I’m sorry. I know that you said you don’t mind complicated

Callie: I don’t….for the right person

Where do Dennis and Davia Stand?

Now that Callie and Gael are together, I’m still waiting for Dennis and Davia to be. Dennis returns after his long getaway and is ready to be the man he needs to be for her. But according to Davia, it won’t be that easy. She wants to be with Dennis but doesn’t trust him.

“If you really are back and you are really ready to stop running from your grief or from me or from being happy and whole again, you are just going to have to prove it.”

In terms of where Davia stands with Matt, since she’s not over Dennis completely, she wants to be friends before she ruins it. I respect Davia for doing this, not a lot of women or men are capable of being mature and handling these situations the right way.

Mariana is Out from the Team

After Mariana reveals her relationship, her team members still decide to sue Evan and Speculate without Mariana involved. They want to sue because of the harassment and discrimination they experienced while working at the company, and to use the money to fund their app, Bulk Beauty.

Evan decides to be a silent investor for the team, but before that happens, Mariana tells the girls about Evan’s plans to help them receive the money they deserve. Mariana explains how it’s not just about the money and getting the funding for Bulk Beauty, it’s how the team wants compensation for the lost wages and opportunities they are facing because of Speculate. She then decides to break up with Evan.

“You only do the right thing when you’re forced to….I keep making excuses for you and that doesn’t make me better person.”

Not only did Mariana break up with Evan, but her team members decided to exclude her.

“This isn’t something you can just fix and forget, you betrayed us, and we don’t trust you. You only do the right thing when you have absolutely no other option.”

As much as I would have wanted this issue to resolve, I think the team made the right decision. Mariana has lied and broken trust, and it’s not easy to get over betrayal so fast. To proceed with Bulk Beauty without her sucks and is kind of harsh, but I feel this might be a learning lesson for Mariana. Now that she is out from the team, would she go back to Evan?

Since Alice quit the comedy program and Malika has relationship problems, they are depressed with their lives, and I don’t blame them. After standing up against the program, a flashback reveals that Ruby came to the Coterie to see Alice. She explained how she is proud and impressed with her and suddenly wants to make it official. But Alice declines.

“My answer is no… I didn’t just stand up for myself today, I stood up for all of us who have been called diverse instead of our names, valued for the optics we bring and not what we bring to the table, and I can’t believe I was standing alone. So, I’m sorry but I’m not impressed with you, and I can’t be in a relationship with someone who only has my back when nothing’s at stake.”

While draining their sorrows and watching “Jerry Maguire,” they hear a sound at the window and see a bird unconscious.

They decide to take the bird to the roof to try and save it, but the bird seems okay when it starts to fly. They believe the bird symbolizes that when we get knocked down, we can get up again.

Alice and Malika’s mood changes and they start dancing in the middle of the kitchen with loud music. Again, Ruby then comes to the Coterie to share some news with Alice. She reveals Margaret Cho did an interview with the Hollywood Reporter about the comedy program perpetuating racist stereotypes. Due to the interview, the sketches are to be creatively driven by the talent moving forward, and now the program wants Alice back.

“Everything you said was right, and now the whole world knows, and we want you back.”

As for Malika, she got a text from Isaac wanting to talk with her. She thought he wanted to get back with her. But during their video chat, Isaac reveals he will be leaving the country for six months due to a work contract. Isaac feels he needs more time and space to process the polyamorous relationship that Malika asked for with Dyonte. Malika wants to be with him, but according to Isaac, their relationship will never be the same.

Callie agrees to be Kathleen’s lawyer. Kathleen is sure the FBI doesn’t have proof that she did anything wrong, that they will drop the charges. As for Callie’s co-workers, Kathleen doesn’t want them to know about the FBI situation and wants to continue the murder case like nothing is wrong.

The FBI unexpectedly comes to her office to ask Kathleen some questions. They reveal that the boy (Tommy Sung) she represents for the murder case is Albert Chen’s nephew. Callie didn’t know about this and now questions if she should trust her. But Kathleen believes Tommy is a kid facing life in prison, believes he didn’t kill anyone, and deserves the best defense he can get.

Kathleen trusts Callie, but I’m not sure if Callie trusts her.

When we get knocked down, we get up again, a phrase represented well in this episode.

Alice quit the comedy program, but by the grace of God, she gets back in. Malika got an answer from Isaac. She may feel awful, but in the long run, it will get better. Mariana lost her team and her boyfriend. But in the next episode trailer, she keeps going, and her next step is to find a new job. Knowing how Mariana is, this should be interesting to watch.

“Good Trouble” airs its next episode Wednesday, July 21, on Freeform at 10/9c. 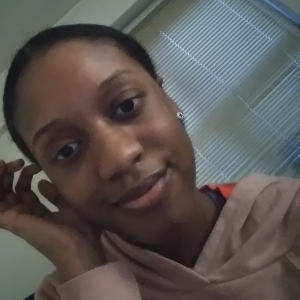 The beauty standards of history were pretty strange. And if you’re interested in learning about it,

I’ve always been enamored by Wonder Woman. Upon first introduction to the character as a child

Highlights from the ‘Spider-Man: No Way Home’ premier

The cast and crew of “Spider-Man: No Way Home” hit the red carpet premiere in Los Angeles to

Ray Fisher says he did not step down from Cyborg role

“Heritage” acts as a great follow up to the series premiere. This episode juggles a lot