Gene Luen Yang may well be one the most innovative voices in the modern world of comics. The California-born author and artist has published a range of graphic novels featuring original characters and plots during his career, including American Born Chinese, Level Up, Boxers and Saints, and Secret Coders.

However, Yang’s popularity would reach new heights when he found himself writing graphic novels for Avatar: The Last Airbender and several DC Comics properties, including Superman, New Super-Man, and The Terrifics.

Yang’s work would grow in popularity for a few reasons, including its combination of child-friendly content with mature sensibilities. Books like American Born Chinese and Boxers and Saints also brought a new level of representation to the limelight for many communities often left out of the graphic novel scene, particularly East Asian communities.

Named an ambassador for Young People’s Literature by the Library of Congress in 2016, Yang became the third graphic novelist to earn a spot in the prestigious MacArthur Fellowship that same year.

The writer and artist’s most recent works include a run in The Terrifics, a DC Comics series, in 2019, along with his newest book, Dragon Hoops. The book was released in March of 2020 via First Second Books, who published most of his original work prior.

Gene Luen Yang’s work would have a profound impact on me in the form of his first big break, American Born Chinese. I received the book from my paternal grandmother, the daughter of a Chinese immigrant to Venezuela herself, for my birthday in the late 2000’s.

The book, which combines a reimagining of classic Chinese stories like TheJourney to the West with a modern tale which touched on everything from the Chinese American experience to white washing ad, at least to me, the mixed-race experience.

It’s main character, Jin, has to deal with a racist and complicated world that doesn’t seem to want him. He deals with it in good and bad ways along the way, mirroring but also departing the struggles of the Monkey King in Chinese tradition.

The book was fascinating, and its unique story and art style kept me mesmerized for weeks. Since receiving the book I’ve read through it in some way one hundred times at the least.

On top of its stand-alone quality, the book also fueled a lot of self-reflection on my part as a member of a mixed-race family. While I was not exactly the same as the various key characters of the graphic novel, I was able to meditate on my own situation as part of a family of different languages, skin tones, backgrounds, and sensibilities through Jin’s story.

Many years later, American Born Chinese is still easily one of my favorite books. It’s a simpler read now, but its quality hasn’t suffered from time. The art, again relatively simple, is burnt deep in the archives of my mind.

The fact that both components were created by Yang himself was even more surprising and fascinating to a younger me. The book showed me what one person could do in a creative endeavor.

My appreciation for Yang earned a new chapter in college, many years after I first read American Born Chinese, when the author visited the University of Minnesota Duluth to give a brief lecture as part of Reading Without Walls, a project which sought to encourage readers to look into a wider range of perspectives.

I attended the lecture before eventually having a box set of Boxers and Saints signed by Yang. The opportunity to interact with a respected creator was unique, empowering and fascinating.

Those signed copies joined their predecessor as cherished members of my book collection, read often to reconnect with one of my favorite graphic novelists. Yang’s work has impacted a long list of readers, even those that don’t fit into the specific communities he writes about.

His impact on my life and others is a powerful reminder of how creativity can change lives for the better.

This article was featured in the Daily Planet’s spring magazine. For other features check out our magazine section. 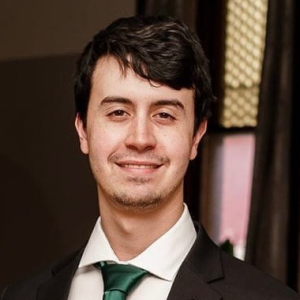 Despite what nay-sayers have said, the “Snyder Cut” is real. It’s here, and it’s epic. What

The following is strictly opinion. All statements, comments and/or remarks are the author’s own. Throughout history mankind