Think about every movie you’ve ever watched. How does it end? Does the lead character fall in love or do the two main characters end up together? Is the character motivated by someone they love and subsequently become harmonious before the movie is over? Movies are exhausting the use of love as a motivation, and it is time for a change.

“Star Wars: The Rise of Skywalker” appeared in theaters at the end of 2019. As the last movie in the Star Wars Skywalker saga there was much anticipation surrounding the film. As an excited fan, I was a part of that anticipation.

While I’m no Star Wars expert, I still understood how much weight this movie had carried. I had seen the other two in this trilogy and was eager to see the last. It did not disappoint, but then, it did. It disappointed big time.

The film was set to be the biggest Star Wars movie with so many relationships to still learn about, the matter of how Palpatine, Kylo Ren and The First Order were going to take down the Resistance along with other plot lines. There was so much left to be revealed.

When Palpatine revealed the fleet of Star Destroyers, it was looking bleak for the Resistance, but amazing for movie goers. With as many Star Destroyers as the Order had they could destroy unheard of amounts of the galaxy and all the people on those planets. Rey, whose parentage we were still unaware of, takes off with Finn, Poe, Chewbacca, C-3PO and BB-8.

As we watch them race to find Palpatine, by means of a sith wayfinder, we are also seeing Kylo Ren struggle with his allegiance to Palpatine and the Order. It all comes together in a thrilling climax between Palpatine, who we now know is Rey’s grandfather, and the team of Rey and Kylo Ren (now going by Ben Solo).

The twists, turns and trials leading to the final fight propelled this movie into thrilling excellence. Even the final fight itself was riveting. Then there’s what happens after the fight that just about ruined the movie, and it happens in just about every movie these days.

I was baffled. The connection between them was that of two enemies, conflicted foes on opposite sides of the same fight. So where in that relationship was I supposed to gather that maybe instead they were star-crossed lovers?

I suppose considering such is the norm I should’ve seen it coming but the movie was so enticing and so action packed that I had hoped there would be no kiss scene at the end. My question is why does every action movie, every movie genre really, feel the need to end in romance of some kind?

Some movies obviously are made for the romantic plot. Take romantic comedies for example. Of course the Notebook has kissing and romance in it. Of course Titanic has a steamy make-out scene.

Romance is what they are marketed for. But, movies like Rise of Skywalker, or Black Panther? Sure T’Challa has an ex-girlfriend, most people do by his age, but why is it that we as viewers have to watch them get back together? They broke up for a reason right? Can’t it stay that way? Why can’t we see Rey defeat the Sith Lord as a strong female lead with no romantic motivation? Too many movies are using romantic motivation and it is becoming overused.

Some movies fight against the mold, and I can’t wait to see more of them. “La La Land” seemed to be a movie all about the romance of two people living in LA, however, after the movie fast forwards five years, we see they are no longer together. A move that shocked some fans but also showed the movie’s purpose wasn’t love. It was about them chasing their dreams.

They met along the way but that didn’t have to be the most defining moment of their lives. Captain Marvel survives the wars in the Marvel Cinematic Universe and she does it all without a romantic partner.

Elsa saves Arendale twice without a suitor. Chuck, from Castaway, survives being on the island all alone and comes home to his girlfriend moving on. Not every movie needs to be driven or ended with romance.

Romance is something we’ve seen and will continue to see over and over. It’s been overdone, and maybe it’s time for something new. Maybe it’s time for movies to be realistic about romance. Nothing over the top, nothing too crazy, just people going through a story together and not falling madly in love with each other.

This article was featured in the Daily Planet’s spring magazine. For other features, check out our magazine section. 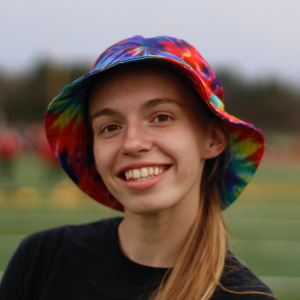 Sophomore at UMD who loves to try new things, create and have fun.

How Gene Luen Yang helped me see the world

Earlier this afternoon, WB and Director Matt Reeves have officially released a deleted scene from “The

As per the recent additions on IMDB “Rebel Moon,” which was supposed to start its production