“Beast Beast” is Danny Madden’s feature-length directorial debut and stars Shirley Chen, Jose Angeles, Will Madden, Kron Moore, and Daniel Rashid. In the vein of movies like “Short Term 12” (2012), “The Babadook” (2014) and “Thunder Road” (2018), “Beast Beast” is an adaptation of Madden’s short film “Krista,” which focuses on Chen’s titular character, her rage, and how she finds a parallel between the volatility of the emotion and her passion as an actor on stage.

While “Krista” only hints at it, its feature-length adaptation is unsparing as it paints righteously angry and vivid brushstrokes of existentialist angst and sheer helplessness in young adults. Centered around three school-going teens — Krista (reprised by Chen), Nito (Angeles), and Adam (Will Madden) — and how their surroundings shape their psyches, “Beast Beast” feels like it could be any other coming-of-age film on paper. Its most significant difference from movies like “Thirteen” and “Rudderless,” which attempt to explore loosely similar themes, is that the writer-director presents its story from an aggressively impartial standpoint.

Madden’s narrative favors neither teenager nor adult — he just lets the events play out till a point where everything unravels in a brutally unsympathetic manner. Every character’s life is what it is; no character is portrayed with any antagonism or partiality. Taking (possibly) from Brechtian playwriting, the director wants his audience to engage with every character in “Beast Beast” not by empathizing but by looking at them as a singular study of the butterfly effect of life itself. While he arguably breaks all rules for emotionally heightened drama in the third act, it makes perfect sense for reasons I cannot explain, precisely because it spoils the whole movie.

I can say that the third act’s rule-breaking serves to give viewers a perspective of the everyday young adult’s way of life in the current timeline. It forces them to strongly self-reflect based on what they’ve seen — in precisely the same way Bertolt Brecht’s epic theater would have wanted for its audience. Danny Madden’s “Beast Beast” isn’t just about a young adult’s coming of age; it’s about growing up in a timeline where class, privilege, institutionalized discrimination, and gun violence are rampant. Mostly, though, it’s a film about narrative shaping a human being and how its reclamation can sometimes be our best foot forward.

Danny Madden’s “Beast Beast” is out now in select physical and virtual cinemas across the US, with VOD releases across iTunes and other platforms slated for May 4, 2021. 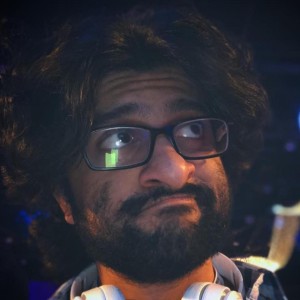 ‘Teen Wolf: The Movie:’ The return that never should’ve been

Just as a body cannot exist without a beating heart, a pack cannot survive by breaking

‘Titans’ and ‘Doom Patrol’ to end with season 4

HBO Max has announced that DC’s “Titans” and “Doom Patrol” will end after their fourth seasons.

‘The Last of Us’ renewed for a second season

HBO drama “The Last of Us” has been renewed for a second season. The series from co-creators Craig

‘Duplicity’ or deceit? That is the question

Deceit and “Duplicity” runs rampant in the third episode of “Smallville’s” season two, and Michael Rosenbaum