A teaser of the Netflix 2023 Film Slate was shared, recapping last years hits which included “The Gray Man,” “Glass Onion,” “Guillermo del Toro’s Pinocchio,” “Purple Hearts,” “Roald Dahl’s Matilda the Musical,” and “The Adam Project,” and giving a sneak-peak of titles including: “You People,” “Your Place Or Mine,” “Luther: The Fallen Sun,” “Murder Mystery 2,” “The Mother,” “Extraction 2,” “They Cloned Tyrone,” “Heart Of Stone”,” “Lift,” “Damsel,” “Pain Hustlers,” “The Killer,” “A Family Affair,” “Leo,” “Leave the World Behind,” and “Rebel Moon.”

The sizzle reel asks fans to save the dates.

The full list of Netflix Original Films releasing in 2023 includes:

Netflix is the world’s leading streaming entertainment service with 223 million paid memberships in over 190 countries enjoying TV series, documentaries, feature films and mobile games across a wide variety of genres and languages.

Fans of Zack Snyder were over the moon about getting a release date for the passionately anticipated space adventure film, “Rebel Moon.”

The scooper MyTimeToShineHello on Twitter was the first to give a hint about the December release date.

Speaking to Variety, Ori Marmur, Vice President of Original Studio Film at Netflix, talked about the confidence that Netflix has in Zack Snyder, and hinted on expanding the Rebel Moon universe.

“Zack came in with so much passion. This is a film that he’s had in mind for decades. As you know, he’s spent so much time working on other people’s IP at other studios,” said Marmur. “We worked with him on “Army of the Dead” and we did things that others couldn’t do. We made a film and then a prequel and launched a live experience. With “Rebel Moon” he wanted to push the envelope again. When we saw how big the world he created was, we thought it would be better served as two pieces versus one film. It’s the kind of story that can continue to grow. He thinks of it as his take on making something like “Star Wars.”

The confidence that Netflix has in “Rebel Moon” is apparent from Netflix already putting up a billboard to promote the film.

Zack Snyder’s collaborators, Clay Staub, Tom Holkenborg, Ray Fisher, and others, shared their excitement to be involved in the project. 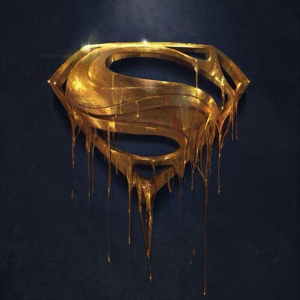 NASA observes day of remembrance ahead of Columbia 20th anniversary

‘Avatar: The Way of Water’ is the 4th highest-grossing film of all-time

This past weekend, “Avatar: The Way of Water” became the fourth highest-grossing film worldwide at the global box

‘Teen Wolf: The Movie:’ The return that never should’ve been

Just as a body cannot exist without a beating heart, a pack cannot survive by breaking

‘Titans’ and ‘Doom Patrol’ to end with season 4

HBO Max has announced that DC’s “Titans” and “Doom Patrol” will end after their fourth seasons.