On Oct 6th, photos of HBO’s new set for their highly anticipated series based on the game of the same name “The Last of Us” appeared online.

Several streets were shut down in Edmonton, Canada on October 5 in preparation for a secret project to film in the following weeks, which is now confirmed to be “The Last of Us”. Sets have been built, including destroyed streets and cars. However, the set photo that is causing the most conversation is that of a Capital building, which fans of the game will know a significant event occurs.

The game is based on the universally acclaimed game that was released in 2013 exclusively to PlayStation. In February of this year, Pedro Pascal (“The Mandalorian”, “Wonder Woman 1984”) and Bella Ramsey (“Game of Thrones”) were set to play the lead duo, Joel and Ellie. Later on, Gabriel Luna (“Terminator: Dark Fate”) was cast as Joel’s brother, Tommy as well as Nico Parker (“Dumbo”), who was brought on to play Sarah, Joel’s daughter. The show is being produced by Naughty Dog Studios and PlayStation Productions. The show will be written by Neil Druckmann and Craig Mazin, who also wrote and directed the popular video-games.

The show’s synopsis is as follows, “Taking place 20 years after modern civilization has been destroyed by a deadly fungus. Joel (Pedro Pascal), a hardened survivor, is hired to smuggle Ellie (Bella Ramsey) out of an oppressive quarantine zone. What starts as a small job soon becomes a brutal, heartbreaking journey, as they both must traverse across the U.S. and depend on each other for survival.”

On Sept. 26, 2021,, an official photo of Pascal and Ramsey as their characters was released as part of “The Last of Us Day” an event celebrated by fans of the video-game series.

“The Last of Us” has no set release date as of yet, but is expected to debut in late 2022 as production looks to complete in June 2022. 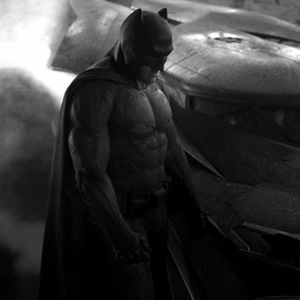 ‘The Flash’ wraps filming after 124 days

Here’s Why Ash’s Pikachu is Never Going to Evolve

Pikachu has been the mascot of the Pokemon Franchise since the beginning. The Electric Mouse is

After playing “Far Cry 6,” I found myself troubled that “Ubisoft” needs to start implementing new

Cyberpunk 2077: A game under bugs and glitches

“Cyberpunk 2077″ is a game from “CD Projekt Red”(Witcher 3: The Wild Hunt) that was released

‘Last of Us’ TV show green-lit at HBO

HBO is trying their hand at video games adaptations. HBO has greenlit at series adaptation of

After playing “Resident Evil Village,” I found myself asking if anything was cut or did the