While the second episode of “The Falcon and the Winter Soldier” portrayed John Walker, the new Captain America, as a visible symbol for what the serum and shield do to its wielders, the introduction of Isaiah Bradley reflected the ugly history of the two. Bucky and Sam travelled to Baltimore, Maryland to see Bradley to discuss the emergence of more super soldiers. Viewers were introduced to an aged but sturdy-looking Isaiah (portrayed by the incomparable Carl Lumbly), living with a young man who I can’t help but speculate could be his grandson Elijah Bradley (more on that later).

The scene became tense as soon as Isaiah saw his former adversary. After seeing that Bucky had “grew back” the robotic arm he tore off when they last fought during the Korean War, he was unsure of whether the Winter Soldier had come to kill him decades later. During this exchange, Isaiah spoke about the consequences he faced as an American hero. He didn’t exactly get the hero treatment.

He was jailed for 30 years of which he was subject to being poked, prodded and experimented upon. While he didn’t go into details, it was clearly extremely traumatic, and the scene ended with him throwing a small tin into a wall, displaying the enormous strength from the serum still in his body. Bucky and Sam were unceremoniously thrown out of his home as their presence dredged up painful memories for the veteran.

While the Isaiah Bradley in the MCU seemed to be a veteran of the Korean War, the Marvel Comics version of Isaiah Bradley fought in World War II, and his story is just as tragic. Isaiah was a young New York native who was drafted into the military following the bombing of Pearl Harbor in 1941. He left behind a heavily pregnant wife, Faith, and was sent to Camp Cathcart in Mississippi to unknowingly be a test subject in Project: Rebirth, a secretive program to create super soldiers. Bradley was one of 300 Black soldiers who were experimented upon to perfect the super soldier serum that would be administered to Steve Rogers, the “official” first Captain America. But it was Isaiah Bradley who first operated in that capacity, carrying out missions to destabilize the Nazi effort to create their own super soldiers (think: a literal arms race).

Isaiah fought faithfully for the United States. It was only in his last mission in Germany did he find that the side he fought for and the side proclaimed to be his enemy were indistinguishable. He saw for himself the Jews who were also unsuspecting subjects in the Nazis’ own super soldier experiments and how much their experiences mirrored his own. Unfortunately, he was captured by the Nazis and was going to be killed at Auschwitz if it wasn’t for the rescue of Black Germans who made sure he had safe passage back home. There, he was promptly court-martialed and jailed for 17 years for the egregious crime of taking a costume meant for Rogers and fashioning his own shield to fight in. He was later pardoned, but by then, the serum had taken its toll on his body. He was rendered sterile, and his mind deteriorated to the state of a small child.

Despite that, Isaiah Bradley was a revered, legendary hero whose exploits were told through the blackvine, a network of sorts for Black people to disseminate information through word-of-mouth. Heroes who have come after Bradley frequently pay homage to his legacy and the path he paved for ensuing Black heroes.

Robert Morales wrote and Kyle Baker drew the character for the seven-issue miniseries “Truth: Red, White and Black” that was released in 2003. Morales borrowed the background of the infamous Tuskegee Syphilis Study that started in the 1930s to tell a story about the racist past of the super soldier serum and the Black lives that were killed in the name of freedom. The timeline of when Isaiah operated as Captain America, and when Steve Rogers was knowingly given the serum, is a little murky, but Isaiah’s story was included as canon in the main Marvel continuity.

Hopefully, the Marvel Cinematic Universe can build on this legendary character by possibly introducing his descendants: his grandson Elijah Bradley aka Patriot, who also became enhanced through a blood transfusion from his grandfather, or his “son” Josiah X, another enhanced hero who was not born to Isaiah and Faith, can be tied in as a possible byproduct of the experimentation Isaiah revealed he experienced when imprisoned on the show. The MCU could also further explore the other characters who have been enhanced by the super soldier serum.

You can stream “The Falcon and the Winter Soldier” on Disney+. New episodes come out every Friday. Check out the stories of Isaiah Bradley and his descendants because it is a gripping tale of a family legacy and its complicated relationship to their country. 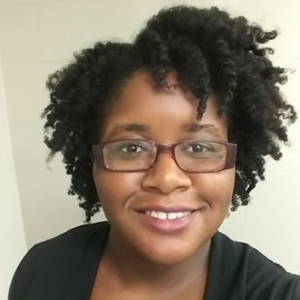 A native New Yorker, Jasmine Saunders is a journalist who has always been interested in covering politics; most notably, she produced a multi-segment story on the first cohort of Dreamers to attend her alma mater Delaware State University. Jasmine aspires to become an investigative reporter, joining the ranks of journalists seeking to bring injustices to light. In her downtime, she likes to write short stories, fanfiction and enjoys baking and cooking. She is currently pursuing a Master's degree in Political Science.

Darth Vader always saw himself as a powerful force (no pun intended) to be reckoned with,

Miles Morales debuted in in Marvel Comics’  “Ultimate Comics: Fallout no.4” in August 2011 and would

Do not adjust your television sets! You’re looking at brand new images from Marvel Studios’ “WandaVision,” and