In 1977 Cindy Elias was found dead alongside a road near Aurora, Minnesota. Now, nearly 44 years later, Uncovering the Truth In Minnesota speaks with Lieutenant Nathan Skelton about the unsolved case.

In 1977 Cindy Joy Elias was heading home from an evening with friends around 12:30 a.m. A witness overheard the teenager say she was looking for a ride, adding she might hitchhike.

Sadly, only a few hours later, Cindy’s battered body was found just off a logging road about eight miles north of Aurora, a thirty-minute drive from the bar in Virginia, Minnesota where she’d last been seen. Cindy had suffered severe head trauma.

It’s now been over 40 years since the college student’s murder, but neither Cindy’s family nor the St. Louis County Sheriff’s Office have given up hope of finding her killer.

Cindy’s sister Judy Edwards gave an interview to local television station WDIO on the anniversary of Cindy’s death. “I would just like to know why she was killed,” Edwards said. “What made somebody think they could actually do something like that?”

In 2008, Cindy’s body was exhumed in the hopes new evidence would help investigators find her killer. Several tips are called in each year, and every single one is thoroughly checked out.

Police believe whoever killed Cindy had knowledge of the area because of where her body was found.
At the time of her disappearance, Cindy was a college student in Virginia, Minnesota, who planned to become a social worker. She was the youngest girl out of her seven siblings.

If you have any idea what happened to her, please call the St. Louis County Sheriff’s Office at (218) 749-7134. There is a $50,000 reward for information leading to the arrest and conviction of the killer(s). 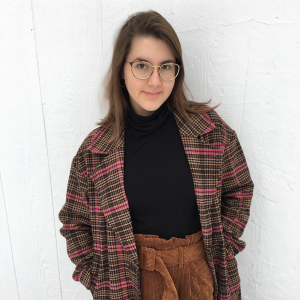 Sarah Knieff is a lover of cats, books, fashion and traveling. Her perfect afternoon would be spent curled up next to a fireplace, drinking a hot cappuccino, petting her cat Charli and reading her newest book purchase. She might even do a little online shopping, but don’t tell her family because she is supposed to be cutting back on buying new clothes. When Sarah is not doing all of that, or spending quality time with her friends and family, she can be found poring over the new issue of The New York Times like the dedicated journalist she is. Sarah is currently a senior at the University of Minnesota Duluth and will graduate in December 2020 with a bachelor’s in journalism and a minor in professional writing.

Two defendants indicted on tax fraud and obstruction charges made their first appearances in the U.S.

Michael Atkinson, 28, Pablo Ceniceros-Deleon, 21, and Daryl Henry, 24, were sentenced to prison terms for