Arabella sets the timer on her phone: one hour. An hour away from real life and real deadlines. Like the one for her upcoming novel that awaits her in the morning. This writer and procrastinator is the protagonist in Michaela Coel’s hit TV show ‘I May Destroy You.’

Her night, just like the series itself, quickly takes a dark turn. A few drinks at the local bar spirals into Arabella stumbling out of its doors before the timer on her phone is up. She glances down at it: 49 minutes.

Released this past June, Coel’s groundbreaking show delves into the disturbing reality of sexual assault. Each new episode addresses issues of consent, seeking justice, and attempting to make peace while still meeting deadlines. The series maintains that sexual violence comes in many different forms and affects many different people.

The messy and impartial nature of such acts are demonstrated through the experiences of various supporting characters. One reviewer says these storylines “feel formulaic… and too dragged out in order to fill out the season.”

However, the general consensus is that this inclusivity and awareness is more than appreciated. The series “singlehandedly created universally relatable content AND uncovered stigmatized/untold narratives in 12 episodes”, tweets a fan.

Throughout the show, there is an emphasis placed not only on Arabella’s initial assault, but also the ripple effect that it has on her life as she tries desperately to get it back on track.  Coel places more importance on the healing process of survivors than the outcomes of predators.

“How you are when you wake up matters more than what monster is beheaded,” she says in an interview with Channel 4 News.

This unique approach and visceral portrayal of sexual violence is inspired by experiences from Coel’s own life. At the 2018 Edinburgh International Television Festival Cole revealed that she was drugged and raped while writing and starring in her breakout role Chewing Gum.

Before the spotlight, Coel was raised as a devout Christian by her mother – a Ghanian immigrant, single parent, and her biggest supporter. She left religion behind when it’s teachings surrounding homosexuality began to conflict with her real life experiences in theatre, as a poet and playwright.

At surface value, ‘I May Destroy You’ takes a stand against sexual violence, but it also provides long needed awareness and representation. Not just for the survivors depicted on screen, but for the talent behind them as well.

“Put me on this stage and I can reach a lot of people like me,” said Coel for Channel 4. “That doesn’t necessarily mean black people… or females… it’s just people like me.”

Simply put, Coel and her TV show, have become a voice for the voiceless. 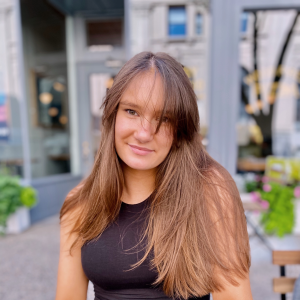 A Chat About the ‘Three Jokers’