Charlie Daniels, the singer and songwriter known for his unique style of country music, died on Monday in Hermitage, Tennessee. He was 83 years old.

Daniels, a North Carolina native, rose to fame when his tune “Uneasy Rider” hit the number nine spot of the U.S. Billboard Hot 100 in 1973. Six years later, Daniels became a household name when his signature song, “The Devil Went Down to Georgia,” earned him a Grammy for Best Country Vocal Performance.

During his 62-year-long career, Daniels released 32 albums and worked with artists such as Elvis Presley, Bob Dylan, and Leonard Cohen. His talents spanned instruments such as the guitar, fiddle, banjo and mandolin. In 2016, Daniels was inducted to the Country Music Hall of Fame.

Daniels helped found charity organizations such as The Journey Home Project, which was established to help military veterans re-entering civilian life after serving in combat situations. In August 2015, Daniels raised over three hundred thousand dollars for the organization by performing for the sold-out crowd of his 40th Anniversary Volunteer Jam.

Doctors said that Daniels died as a result of a stroke, according to the Associated Press. The musician had a mild stroke back in early 2010, and had received a pacemaker in 2013 to allow him to continue performing.

“Well, the devil went down to Georgia,” Parton tweeted, “but Charlie went straight to heaven.”

According to the Charlie Daniels Band website, funeral arrangements will be announced within several days. 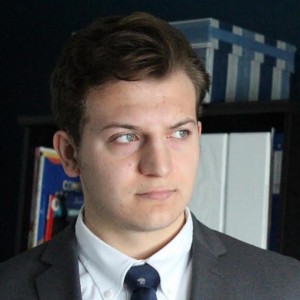 Live action ‘Powerpuff Girls’ reboot on its way to The CW

The Powerpuff Girls will soon be calling The CW home. The CW has ordered a pilot

Rico Nasty has created a makeup collection with Il Makiage, a beauty brand, that will be

Think about every movie you’ve ever watched. How does it end? Does the lead character fall