I’ve come across people who can suddenly read minds. Particularly the minds of the dead. They share their wisdom on social media platforms explaining what they’ve gathered from their mind reading.

Lately, the most popular mind that everyone is looking into is the mind of George Floyd, the man whose life was cut short as a result of police brutality.

“This isn’t what he would have wanted,” they scream.

They scream through aggressive words with random capitalizations and I wonder if they imagine his voice as aggressive as the police see black men. Maybe he wouldn’t be dead if they imagined a whisper. Because I, a black woman, imagine it that way. I imagine it strained and tired and worn as he gasps because he can’t breathe.

You can’t yell if you can’t breathe. It takes more air and I believe that George Floyd was a smart man who wouldn’t waste his last breaths yelling.

It’s interesting the superpowers that people have suddenly acquired. Not only the mind reading but the ability to change their skin color, live as a black person and then proceed to speak on their behalf.

Suddenly white people are speaking on how black people handle their anger with the injustices that come with being black in America. White women are explaining how the anger is irrational and I keep trying to figure out when they shape shifted back from black because I must have missed it.

Shapeshifters are pretty easy to ignore though. If they are not currently black then you just ignore them. The worst people — the most threatening, are the people with invisibility because they simply disappear and don’t say anything.

They think that their silence makes them neutral but that is actually incorrect. Their silence puts them on the side of the perpetrator of oppression because if you’re not helping black people, you are hurting them. Silence during this time of tragedy is cowardice.

It’s the strength to look at yourself as a white person, recognize your privilege and admit that you don’t understand what black people go through but to also recognize that it doesn’t mean they’re not going through it and that an injustice to one is an injustice to all.

It’s also the strength of black people to seek justice by whatever means necessary, not just for ourselves, but for every black child after us. This is war and strength is what is going to win it.

The Daily Planet recognizes how important voices are during a time of outrage. If you’re at all interested in sharing your perspective, feel free to contact us here. 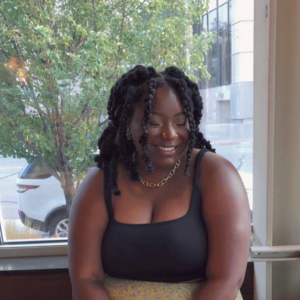 Im 20 years old and attend The University of Minnesota Duluth, using my voice as my weapon, here are my thoughts.

A Minnesota tiger is confirmed positive for SARS-CoV-2, the virus that causes COVID-19, based on results

Today is International Women’s Day, and in admiring how far women have come since the oppressive

US House of Representatives passes the Equality Act

The House of Representatives voted 224-206 on Thursday to pass the Equality Act, which aims to