You can’t tell from the cover, but one of the most important arch-villains in all of comics, Wilson Fisk aka Kingpin, is introduced in this issue. More important are the deep reds and spotlight rays of orange and yellow that glow right off the page as young Peter Parker struggles with the responsibility of being a hero.

He is literally turning his back on being Spider-Man, and the character seems to be scowling at him over his shoulder in disappointment.

The metaphorical brilliance of this image struck a chord with a young boy decades before he would ever hear the phrase “with great power comes great responsibility” leap off the pages and into the hearts of moviegoers everywhere. It was the first time I realized Peter may not want any hero responsibilities and it made me question why.

I had experienced Buck Rogers acting aloof, I’ve seen James Bond want to retire, and I knew Superman had a weakness he couldn’t control. However, I had never seen a teenage super hero quit anything in their control up to that point and my 12-year-old brain was reeling.

Here was the primal insecurity of a boy staring at me on the cover of a comic book. The image is as important as any of the words read inside: that larger hero self, and the smallish human walking away.

The timing couldn’t have been better. Here is why: in one singular issue, not some long drawn out story arc with multiple tie-ins, Peter deals with critiques of his family relationships, his work ethic on the job, and his grades at school.

A seminal call for help focuses Peter on priorities in his life and his ability to manage them.

His decision is, of course, to use his strengths to better his world one issue at a time and use his powers to solve what’s in his control, not what’s outside of his control. No one could tell this from that cover, though.

It begged questions. For a fourth grader trying to figure out himself, his passions, his social group, his own work ethic, and his own traits, this was heavy stuff delivered in one image. This was deeper than Harriet the Spy, or Superfudge. This was my adolescent male archetype speaking to my soul.

Reading simply reinforced the message. It took this issue to make me realize the full artistic power of a comic book format, from start to finish, cover and all.

When the image connects with the writing its magic. And all the while we as readers know that lurking in the back story a new, larger than life threat is going to appear, and cause even more stress in the future. Stress challenging the young hero like never before. We also know that Spider-man will be there to tackle the problems head on.

What an inspiring 20 minute read for a nine-year-old. Can you imagine the life lessons shared with that cover and how that writing celebrated those inks and colors in that short amount of time?

People literally spend millions of dollars on self-help books, therapy sessions, and spiritual trips to learn these things. No motivational speaker, or life coach guru, could convey the awesome responsibility of just growing up and making a decision to be your best self better than Stan Lee and his team did with this one issue.

Though it was published in 1967 it took me nine years, and a winter of shoveling driveways, to be able to afford a decent copy. It wasn’t the tracing of the cover or the coloring over and over to create a piece of art that made it special. It wasn’t the value of a first appearance. No, it was the story of maturity that stuck with me, and it still does, shared in an image emblazoned in my mind. I am a better person because of the Amazing Spider-Man no. 50.

Beyond amazing: Romita, Quesada and Ramos on what it takes to draw Spider-Man 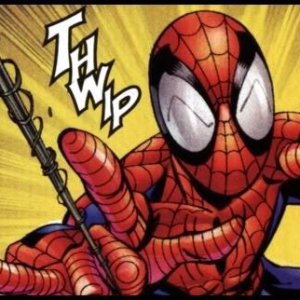 Digging for Kryptonite: Camelot Falls and The Black Ring

“Spider-Man: No Way Home” swings back into movie theaters with more fun stuff September 2 and tickets are

Producer, Writer, and Director Greg Berlanti, or better known as the father of the “Arrowverse,” has