On the recent episode of “Actually Me” by GQ, Andrew Garfield responded to a fan question on Quora: “How would MCU Iron Man treat Andrew Garfield’s Spider-Man?”

Instead of Iron Man’s Point of View, we get Spider-Man’s with Andrew saying, “I definitely think Andrew’s Spider-Man would be pretty suspect of MCU Iron Man. I think he would be a little turned off by the excess, the billionaire, trillionaire status of Iron Man. I think it would rub my version of Spider-Man the wrong way. But maybe there could be some influence there. Maybe my Peter Parker could wake Tony Stark up [with] his egoic drives a little bit.”

Considering how the Marvel Cinematic Universe’s (MCU) relationship between Tony Stark and Peter Parker is similar to father and son, it is also a bit manipulative. From the very first moment they shared a screen in “Civil War,” Tony has been manipulating Peter to join his side. There was a visible guilt on his face when Peter said, “When you can do the things that I can, but you don’t, and then the bad things happen… they happen because of you.”

If it were Andrew’s Spider-Man, who is actually mature and grown up, as Garfield said, he would definitely be suspicious of Tony. In an earlier interview from a few years ago, he mentioned how his Spider-Man wouldn’t agree to Tony’s attitude towards things. Which makes sense because Tony’s attitude around the world really is a bit suspicious, after all, he’s got secrets of his own.

My best guess would be that if Andrew was a part of Marvel’s Civil War, he would have changed sides just like in the comics. There would’ve been a much bigger conflict among the characters if they were properly utilized.

Nonetheless, Tony and Andrew’s Spider-Man would’ve eventually become good friends because Andrew’s Spidey surely would’ve understood how emotional and responsible Tony really is. He doesn’t show it often, but he’s the one who would go lengths to protect the ones he loves and the ones he doesn’t.

His guilt drives him to do good. It really would’ve been an interesting turn of events but we can’t have everything, right? With Tom, we really have a great Spider-Man storyline going on. So for what it’s worth, it’d be really fun to see how “Spider-Man No Way Home” turns out for his character arc this December. 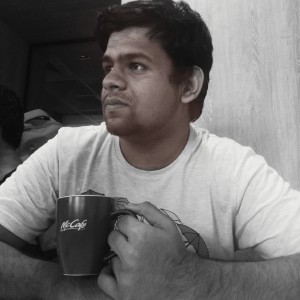 The Rebels race to save Han Solo

As the “War of the Bounty Hunters” continues, Princess Leia and the Rebels learn that Han

‘What If…?’ is a brand new avenue of storytelling for Marvel Studios

Have you honestly ever wondered about the possibilities of changing one tiny moment, phrase, thought, or