Logos are everywhere. Branding is marketing 101. We, as a society, wear shirts with sports teams, sayings, images that we love and want to share. It is said that two of the most recognized images are Mickey Mouse and Superman.

Everyday I wear a Superman shirt. It just happens. If I don’t have one on then there is a massive reason. It is not just because I am a Superman fan, though I have been since before I can remember. I wear the shirt because of what that symbol means.

In 2003’s “Superman Birthright” Mark Waid first coined the meaning that Superman’s shield/logo means hope. We live in a time where we don’t know what a hero is or who to look towards for inspiration. Before you say Superman isn’t real, let’s ask what is. He is a construct. The ideals of people of all races, genders, backgrounds working on a character to represent the best in everyone. The embodiment of what we wish we were, our moral aspirations. That is the idea of Superman, a man doing what is right.

Films like “V for Vendetta” and the “Dark Knight Trilogy” discuss the idea of symbols and standing for something being more than a man. That is how I feel towards Superman. The world is at war, in many ways, with itself. When I wear Superman attire, it is my uniform of friendship, of peace, of truth, of hope. A sports fan wearing the jersey of their favorite team is communicating “I love this. I stand with this entity.” When I wear the Superman symbol I am saying “I agree with what this character stands for. I stand for what’s right, for you, for me, for truth, for justice and for the hope of a better future”.

Let’s look at the world we live in for a moment. Superman is not my religion, to be clear. The character and his will to do good for all is a message that we need and is for everyone. What is the old saying? Don’t talk about religion and politics? We argue on politics and religion. It divides us. So, what unites us? Our spiritual teachings talk about love and peace, but over time man has corrupted many of our religious symbols where they can stand for more afflictions than for the hope that they are meant to be.

Christians, Muslims, Buddhist, etc all share different beliefs, but their followers can love and be fans of Superman.

If I wear a shirt with Jesus on it people may automatically have issues with me, deep seeded anger. That’s not what I want to happen, but many believers have done more harm than good. Now, don’t get my message wrong here. The reason I wear my Superman shirt like a uniform will blow over people’s heads and not everyone will understand when they see me. It may be looked at as just comic book shirt. That’s fine, but I know there is more. I know what I am trying to do. I’m trying to put something good into the world.

The only way to show people what you believe in is to live it. Be the example.

When you are a child, you love Superman for all of his powers. Strength, flight, invulnerability — he can’t be beat.

Now, as an adult, I look at what he doesn’t do. He has the power to do what ever he wants, but he makes the choice to serve others. He is the ultimate public servant.

Superman was created as the ultimate American immigrant. Representing the American way at a time when that meant something.

Superman is now a world icon and sets the standard for each person. As humans, we fight over what is right, what is wrong, what philosophies we subscribe to, what religious texts are accurate. However, in all of our differences there are strands of truth, common themes we all share. This is where Superman is represented.

There have been storylines where Superman is made to be the villain. A “what if he goes dark,” but that’s not him. They are else-worlds and frankly I’m sick of it. To me that is the corruption of hope and the idea that there can’t be anything good and incorruptible.

The next time you put on your Superman shirt, think about it. What is it that you are wearing? 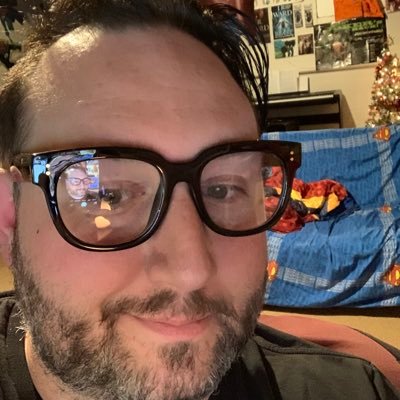 Tyler, as he is known, has been a life long Superman fan since the dawn of his arrival on this planet. With that as a compass, he has always found that being a voice of reason was important. Tyler graduated in 2010 with a degree in Psychology and Counseling. He has worked with troubled teens in different capacities as well as his local paper. Currently, Tyler is pursuing his masters in screen writing along side teaching English and working in the local schools. The Krypton Report is a podcast Tyler runs as part of The Southgate Media Group network. He has two children and a beautiful amazing wife, whom he has been married to for ten years.

Krypton Report — ‘Injustice’ and catching up with Supergirl

Krypton Report — ‘Injustice’ and catching up with Supergirl

Discarding the notion and moral

Someone recently asked me what kind of music I listen to, and I didn’t know how

Why the world needs Wonder Woman

Wonder Woman 1984 has been one of the most highly anticipated movies of 2020.