Her phone is smashed, her forehead marked with a bleeding scar, yet Arabella cannot remember anything from last night. It’s only when she gets home, ready to crawl into bed, that a brief but disturbing scene comes to her mind: She’s inside a bathroom’s stall and a man’s face is starring at her from above, he’s sweating and moving back and forth.​ In the new HBO show “I May Destroy You,” the vibrant Michaela Coel, protagonist and creator of the series, traces her personal experience with sexual assault through a perpetual fight to remember a night that no one would want to go through.

In the midst of the #MeToo movement, the 12 episodes comedy-drama enables further understanding about how sexual violence affects survivors daily, and opens the discussion on how best to support them.

The 32-year-old British actress explained in an interview that the show’s production came from a desire to help survivors heal.

“My highlight wasn’t on rapists, it wasn’t on very well-known figures who have done terrible things, my thing was more about the person that has gone through the thing and how we’re looking out for them,” she said.

Arabella’s traumatized free spirit gives the series just enough complexity to always push the viewers to click on “Next Episode” but as Tambay Obenson wrote in his review for IndieWire, “If the series at first feels disorienting, it should be, because Arabella’s life has been disrupted by a traumatic experience she doesn’t quite remember, and it is primarily through her point of view that the series unfolds.”

From the very first episode on, to the unexpected plot twist at the end, Coel uses her personal experience with the topic of consent to deliver a powerful message to the audience; mental health and well-being matter more to her than focusing on the attackers. “Let’s for a minute forget about the people we’re calling monsters, and let’s think about those people [survivors] how are they doing now?,” she said in an interview for Channel 4.

And despite the seriousness of the topic touched upon, and the reversed chronological order, the series quickly becomes addictive and viewers get attached to Arabella’s authentic personality which is cradled by pop music and colorful neon lights present throughout the story.

The show, premiered on BBC one and HBO max, not only sheds light on the trauma caused by non-consensual sexual relationships and how to cope with it, but explores variations in what assaults actually look like.

Through his role as Arabella’s best friend (Kwame) the uprising Paapa Essiedu, exposes the stifled yet undeniable reality that sexual violence can and does affect men.

“In depicting a sexual assault involving two men, ‘I May Destroy You’ navigates one of the bravest—and most seldom-told—stories on television right now,” tweeted the men’s magazine Esquire.

In addition to offering scenes so far too little talked about in the media, by transitioning from one episode to the next without ever doubting her characters’ experiences, Coel gives survivors what the #MeToo movement started to implement in society — a safe place where survivors feel heard and believed.

Overall “I May Destroy You” appears to be a game-changer in a world where consent and sex have long been portrayed through the eyes of powerful white men, and bring to the fore news insights about sexual assault. 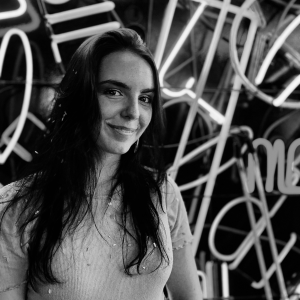 ‘Supergirl’ to end after season 6

After the season 2 finale aired on June 27, leaving fans with more questions than answers,