When you hear the word “pollinator” your mind immediately jumps to bees, doesn’t it? That makes sense — according to the Xerces Society for Invertebrate Conservation, there are roughly 500 native bee species in Minnesota and Wisconsin alone.

But did you know that many species are considered to be pollinators — including butterflies, moths, wasps, flies, beetles, hummingbirds, and even bats? And let’s not forget about prokaryotic pollinators including the wind and the rain.

According to the Xerces Society, pollinators assist in 35 percent of global crop production, along with sustaining a multitude of wildlife through the pollination of wild fruits and seeds.

Now, take that all away. Take away the bees, the insects, the hummingbirds and bats. Take away their habitats and their food supply. What are we left with? Failing food supplies and a far less colorful landscape — according to the BBC, bees pollinate 70 percent of the crop species that feed 90 percent of the world’s population.

It may seem dramatic to say “take it all away,” but that’s just what humanity is doing — with our constant rebuilding of infrastructure and our mining and development, we are stripping these species of their habitats — and we are hurting ourselves at the same time. So, how can we change that?

I sat down to talk with University of Minnesota Duluth biology professor Justin Zweck, whose professional experience prior to teaching included extensive research surrounding the topic of pollinators, especially regarding the plants they pollinate.

“Prior to coming to UMD, I spent most of my time researching pollinators and their behaviors in different areas of the world — and in my professional opinion, I believe the biggest threat to their existence has to do with habitat destruction,” he said.

When I was a child, I remember raising monarch butterflies in my back yard. Now, however, the population of monarch butterflies, a prominent and well-loved pollinator species in the Midwest, has dropped by over 43 percent between the years of 2013 and 2014, according to an article in the Duluth News Tribune from 2014. It isn’t hard to imagine how much farther that number must have dropped in the four years since then.

In a second interview with professor Zweck, I focused the conversation more on bees and monarchs in particular and addressed a general issue: What exactly are humans doing to harm the habitats of these species?

He explained the various effects that farming can have on ground nesting bees — plowing the soil each planting season disrupts and destroys their habitats. Deforestation cuts down on available trees for nesting, and clearing forests is harmful to leaf cutter bees, who make their colonies in old logs.

“Turning over the soil can be a threat to ground-nesting bees,” he emphasized.

“Mowing hay meadows can also be an issue for the reproduction of native plants that are able to survive and flower in those meadows because even if they grow, flower, and begin to form fruit, they need to release the seeds before mowing takes place. Of course, herbicides and pesticides used in agricultural fields can also be an issue for nearby native plants and insects too.”

According to the Minnesota State Agency Pollinator Report from 2017, “Minnesota’s State Wildlife Action Plan lists 33 species of butterflies and moths and five species of bumble bees as ‘Species in Greatest Conservation Need.’” Many of these species are listed or are being considered for listing under the federal Endangered Species Act.

As part of my research about the effects of habitat destruction on pollinators, I visited the Minnesota Landscape Arboretum in Chaska, Minnesota, where they house the The Tashjian Bee and Pollinator Discovery Center. According to the arboretum’s website, the center “serves as a hub for community outreach and education.”

I made my way to the arboretum’s library — a cozy room filled with plant encyclopedias and books on topics from gardening at home to the gardens of Versailles. I settled down next to a jade plant and a table made of a large tree stump, and opened a book titled Pollinators of Native Plants, by author Heather Holm. The book focused on the importance of pollination and listed destructive habits for humans to avoid — some of which were surprising, such as only planting annual plants or increasing the size of a lawn.

Holm also listed climate change as a large factor in the decline of pollinator populations. She writes, “as many plants flower earlier and earlier, the pollinators may not be able to keep up with the shift, resulting in a reduction of gap in the overlap of flowering species in plant communities.”

Essentially, she is describing how climate change contributes to the destruction of pollinator habitats by altering the flowering times of plants, leading to confusion for the pollinators, who can’t keep up with the changing patterns. While climate change may seem like an external factor in the demise of pollinators, it all connects back to humans and the way we treat the world.

NASA scientists agree that pollution from human-created resources is among the leading factors in climate change, according to their website. Take the mining in Northern Minnesota, for example. in 2017, the U.S. Fish and Wildlife Service stated that the habitats of the northern long-eared bat, a pollinator, along with other animal species, were in danger of destruction with the creation of mining operations in designated wildlife habitats in the Superior National Forest.

I spoke with Dave Herrera, the student director of sustainability, about his thoughts on the habitat destruction of pollinators. While talking, I asked if he knew of any measures that UMD was taking to stop the decline of pollinators in the area.

“Right now the University of Minnesota Duluth has certain measures in place to protect pollinator population, with the Pollinator Pledge at the forefront,” he said.

According to Herrera, the pledge states that the university will not use neonicotinoids, or any other harmful pesticides, unless extremely necessary. UMD also has a rain garden constructed in 2005 that features many native plant species, allowing for a protected space for pollinators.

As for Minnesota as a whole, district 7A representative Jennifer Schultz wrote in an article for the Duluth News Tribune in 2016 that “many cities throughout Minnesota have also passed resolutions to become pollinator friendly by pledging to not use pesticides harmful to pollinators on land they own or manage.”

Although many neonics and harmful pesticides are still marketed by corporations, civilians and consumers have begun to recognize the effects of these harmful substances and have stepped back. If legislators like representative Schultz keep pushing for pollinator-friendly policies on a legislative level, large strides can be made within the next few years.

It’s heartening to see some measures being taken, but when we look at the true effects of the pollinator decline, we are left to wonder: who is really being affected here?

It’s discouraging to come to the understanding that the only way to get humanity to change its behaviors is to selfishly emphasize the costs and consequences to us, but if that’s what it takes to stop the pollinator decline, then that’s what must be done.

Unless society as a whole can get its act together, the declining pollinator populations will remain largely unchanged. But what can you do to help?

In addition to outlining practices to avoid, Heather Holm also included a section of helpful actions when preserving pollinator species in civilian gardens or other areas in her Pollinators of Native Plants book. These tips included planting butterfly and larvae host plants, such as milkweed, providing a continuous succession of flowering plants throughout the entire plausible growing season, and leaving small logs or leaf litter for colonies to build.

The University of Minnesota Extension has a gardening section of their website that offers simple solutions for making a yard or garden pollinator-friendly such as “adopt[ing] best practices in landscape maintenance to improve plant health and eliminate the need for pesticides,” and “focus[ing] on a “healthy” environment, not a perfect landscape.”

Professor Zweck offered a solution for farmers to assist monarch butterflies in their yearly migrations: incorporate buffer zones on empty and otherwise unused roadsides to be planted with nectar-rich plants and act as a rest-stop along the way.

Many city-owned parks now incorporate specific areas or sculptures designed and designated as habitats for pollinators.

Imagine a world with no color or aesthetics and no fresh produce. Without produce, many animals cannot survive, and then we are also left without meat. If we, as humans, fail to get our act together and stop the effects of climate change, pollution, and habitat destruction, we will effectively take ourselves out along the way. 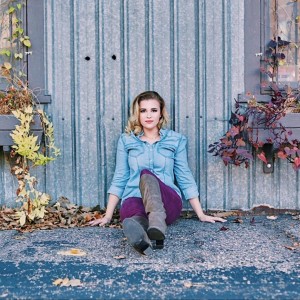 Smallville: The town where miracles happen

Minnesota produce farmers now have until March 19, 2021, to apply for cost reimbursement associated with

People have through Sunday, April 11, to submit comments on the Minnesota Department of Natural Resources’

No matter how you do it, you can’t go wrong with spending more time outside. There’s

The most beautiful winter hikes in the United States

Hiking and outdoor adventures aren’t limited to the summer months. Pack your layers and get ready