The following is strictly opinion. All statements, comments and/or remarks are the author’s own.

Throughout history mankind has gone through lots of moral crises, some worse than others, but crises all the same. Nowadays the values the Church of any given religion imposed are being confronted. As a new generation flourishes, it seems as if this age group wants to break with important aspects attributed to past generations, such as moral values.

“Why is this important?” you may be thinking. Well, for starters, our entire society is based on these values that are being ignored whether we like it or not. So, by losing our confidence in the very basis of society, people could find themselves alone, left out or unable to find a meaning for life itself.

Nowadays, something called the “New Age” is starting to gain supporters. In essence, this “New Religion” relies on a kind of atheism, and, for some people, it means going back to the time when nature was sacred not because it was a creation of God, but because nature allowed us to be here by providing food, shelter and all of our basic needs.

All in all, we cannot deny that there is still a lot of people who claim to be followers of a religion, whichever it might be. However, most of these people are not young ones. It seems as if we were going through a transition towards a worldwide atheism, and if you think it through, it kind of makes sense.

Society has developed in such a way that it has come to realise that although most religions are in favor of love and fraternity, not many of them actually show that behavior towards people who do not follow their own religion.

This is why I think younger people such as teenagers have decided not to follow any particular religion but rather behave in a way they conceive as moral and good for society. However, this behavior can create even more problems.

As I said before, losing religion not only makes social relationships more difficult to sustain, but also our economic system and many of our laws are based in values provided by religions all over the world. If we reach a state in which no values are held constant for life, our civilization could be compromised.

It seems as if we were doomed to believing in supernatural beings not only to find comfort, but also to establish some serious rules. Rules which society could not be able to prosper without and would most certainly decay. Now it is our job to find a way to implement a series of values that could be accepted in a general way worldwide in order for us to preserve order.

Featured Image designed by Piotr Mlodozeniec’s. The basic coexistence design is uncomplicated and easy to understand. The design uses different religious to create this word which means to exist in mutual tolerance despite different ideologies or interests. 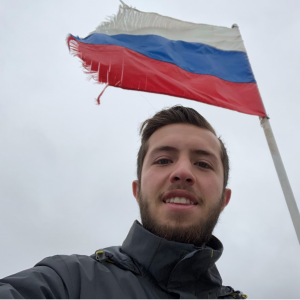 I am an economics and law student, passionate for football(soccer) and comic books, specially The Flash. I love to learn new languages and to travel.

‘Batwoman:’ Protecting Gotham no matter what

In an emotionally gripping episode of “Batwoman,” Kate Kane and her twin sister, Beth (Alice) are

NikkieTutorials uses makeup to turn 2020 around