Bohemian Rhapsody is a high energy, fast paced memoir that was, to say the least, a celebration of the rock band Queen’s legacy.

The memoir follows the band from day one and leaves nothing to speculation. You meet the confident, but often reserved, young Farrokh Bulsara, later known as Freddie Mercury, the band’s lead singer, as a struggling teen still trying to find his place.

With a bit of luck, the awkward Bulsara stumbles across the local band “Smile,” whom
he had been following for months around local pubs and parties. Moments after Smile’s lead singer announced his departure to take on a solo career Bulsara, in a moment of courage, belts out beautiful and emotional lyrics catching the attention of Queen’s eventual lead guitarist, Brian May, and Roger Taylor, Queen’s drummer. The rest is history.

The film goes on to tell the emotion filled story of the “band of misfits who belonged to the world of misfits.” The band encouraged being new and endorsed breaking stereotypes as they did so themselves. Queen’s unrivaled success is likely due to their courage of finding their sound without putting a limit on who Queen was or what they could do.

The film’s score was composed by John Ottman and contains several of Queen’s biggest hits and 11 previously unreleased recordings that are sure to get you moving in your seats.

Rami Malek, who play’s Mercury, the lead singer who broke the glass ceiling defying gender norms, channeled Mercury in a tasteful yet honest way. Mercury was an outgoing, at times misguided, but thoughtful man and the memoir does him justice.

Throughout the film, you learn of Mercury’s internal struggles and private suffering. You watch as he deals with the guilt of being bisexual and what that means to him and his family. Although he later makes light of his sexuality, Malek does a wonderful job of expressing the pain felt by Mercury in a world far less accepting than today.

Whether you’re a long time fan, interested in a feel good movie, or just looking for something new, this film is for you and it is sure to rock. 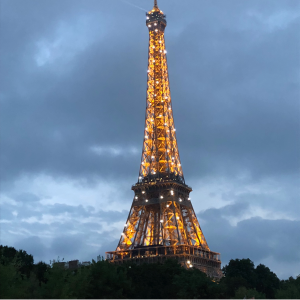 Digging for Kryptonite: The Villain of the Story Part 4—Ideologue

Not all heroes wear capes

Modern architecture and how it impacted society

When you look at a modern building, what thoughts and feelings do they provoke? Here’s a