Coup plotters, in an antidemocratic act against the President of Brazil Luís Inácio Lula da Silva (PT), invaded and climbed the ramp of the National Congress, this Sunday afternoon (January 8).

The Military Police of the Federal District of Brasilia fired gas bombs to contain them, but they occupied the domes of the buildings of the legislative, executive and judiciary powers.

It should be noted that the Secretary of Justice of Brasilia at the time was the former Minister of Justice of the Bolsonaro government.

Invasion of what has federally been deemed as terrorists to official buildings in Brasilia caused damage to the Planalto Palace estimated at over one million dollars.

Back in the 2018 election race, Bolsonaro was stabbed by a man during a political rally. After months in the hospital, and away from debates, he won the Ellection, but had similar complications with his intestine due to the wound left by the dagger.

After the repercussions of the terrorist attack of January 8, Bolsonaros wife posted on her social media that her husband was again hospitalized due to complications with his intestine. But when asked by a Brazilian news organisation, the hospital denyied the information.

According to the Jornal Estado de Minas, the hospital admission sector stated that there is no patient with the name of the former Brazilian president. It was necessary to spell Bolsonaro’s last name for confirmation.

“Canada, Mexico and the United States condemn the January 8 attacks on Brazil’s democracy and on the peaceful transfer of power,” said the White House in an official statement. “We stand with Brazil as it safeguards its democratic institutions. Our governments support the free will of the people of Brazil. We look forward to working with President Lula on delivering for our countries, the Western Hemisphere, and beyond.” 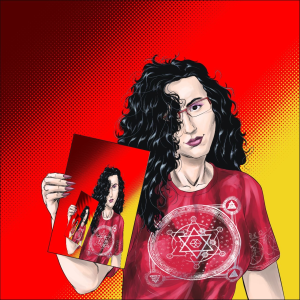 (she/her, they/them) ADHD, Sephardic Travesti
Writer and editor of Comic Books, audio-editor and director of podcasts and audiodramas, and independent journalist between countries. Beyond the Daily Planet you can find me ArcbeatlePress, "Aquele Outro Podcast Sobre Quadrinhos" and "Muralha da Fonte".